General Jacques Diacono, Head of the Central Office for combating environmental and public health-related crimes (OCLAESP), and his Deputy for European and International Affairs, Lieutenant-Colonel Christian Tournié, travelled to Bratislava on 20 November 2019 to present France’s action and commitment and to discuss means to strengthen international cooperation in the fight against environmental crime and illicit trafficking in falsified medicines.

During this visit, the French delegation of OCLAESP, was able to meet representatives of the Slovak ministries of Interior, Justice, Environment, Economy and Finance and approach environmental issues from different perspectives. A meeting with Ms. Jana MASČAROVÁ, First Vice-President of the Slovak Police, also took place.

These meetings also laid the foundations for future environmental collaboration, materialized by the forthcoming signature of a bilateral convention between the two countries.

Created in 2004, OCLAESP is a judicial police service of the gendarmerie, with national competence and inter-ministerial nature. It coordinates and leads judicial investigations into offences damaging the environment and public health; assists investigators and experts from other administrations; centralises information in order to observe and analyse phenomena and trends related to these criminal activities; contributes to training and awareness-raising activities and deals with requests for technical and operational assistance. The Central Office does actively contribute to enhancing international cooperation at the operational level, in both bilateral and multilateral settings (European Union, G7, United Nations, etc.).

Within its national context, France is strongly committed at the highest level in the prevention of and fight against environmental crime. The environmental police have been significantly strengthened over the last years, in particular by harmonising and simplifying the scattered provisions of the Environmental Code and by granting extended judicial police competences to environmental inspectors. The law 2019-773 of 24 July 2019 thus contributes to this progressive shift, by establishing the French Biodiversity Office, whose 1,800 environmental inspectors will have the legal and technical capacity to conduct large-scale investigations into environmental offences, including illicit trafficking in wildlife.

At the European level, France does also contribute actively to the work of the Council of the European Union towards the conception of a legislative instrument to combat environmental crime, aimed at establishing new minimum rules regarding the definition of criminal offences and sanctions in specific areas. At the operational level, OCLAESP drives the operational implementation of the priority on environmental crime established within the EU Policy Cycle for organised and serious international crime for the period 2018-2021.

Under the French presidency of the G7 in 2019, the Interior Ministers devoted for the very first time in Paris in April 2019 part of their meeting and final communiqué to environmental crime. In particular, they committed to implement 10 priorities in this area, concerning the adaptation of legislation and law enforcement means; the fight against money-laundering linked to environmental crime and new trafficking methods associated with this form of crime; and the reinforcement of international cooperation.

In addition, OCLAESP is particularly involved in the fight against illicit trafficking in medical products, medicines and medical devices, at the normative, strategic and operational levels. It is the leader of European action on the misuse of medicines, works with several international organisations on this matter, as well as towards reinforcing bilateral and international cooperation in this area, and promoting the Council of Europe’s MEDICRIME Convention. OCLAESP did actively contribute to the work of the United Nations Office on Drugs and Crime (UNODC) on illicit trafficking in falsified medicines, in particular with a view to elaborating a Guide to Good Legislative Practices on Combating Falsified Medical Product-Related Crime, published by the UNODC in May 2019 with the support of France. 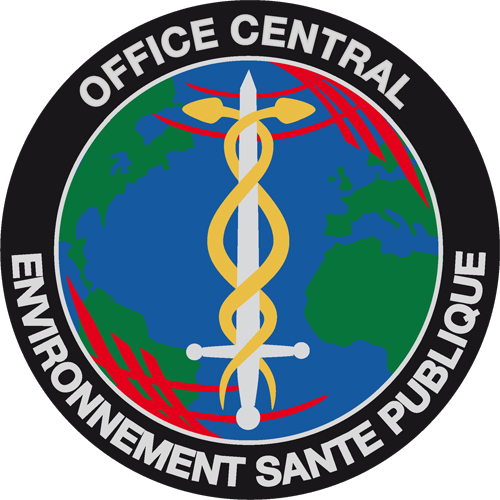